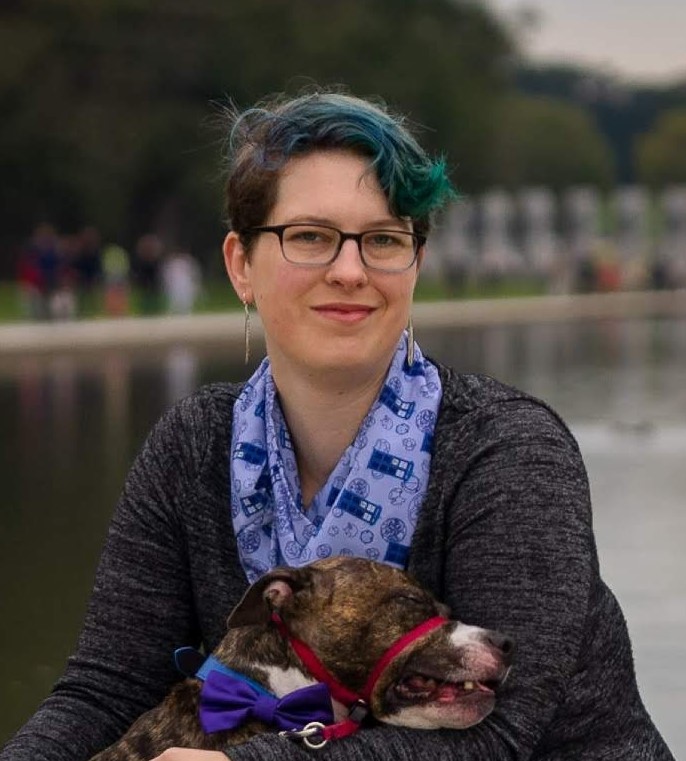 Allison Eriksen was born and raised in central California and started her development career as an environment volunteer with the Peace Corps in Dodoma region of Tanzania. She worked primarily in schools teaching an environmental club and a girls' empowerment program. She also worked with women's groups on income generating projects making soap and dyeing batik fabric. Allison holds a M.A. in International Development from American University and a B.A. in Sociology from the University of California, Davis.

When not working or volunteering with Friends of Tanzania, Allison plays clarinet in a local marching band and spends time with her pitbull, Kaylee. 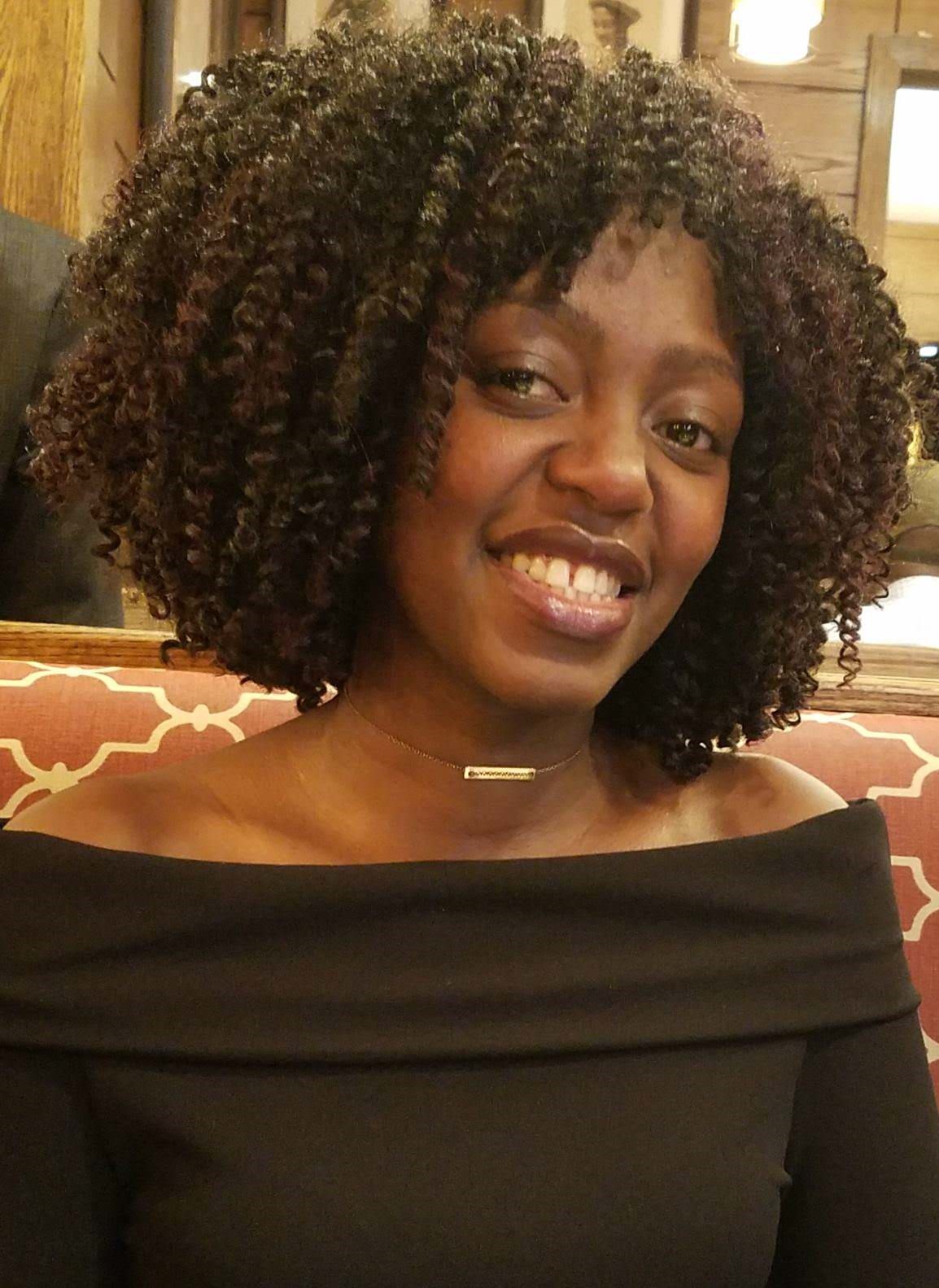 Rita Kamazima is from the Bukoba region of Tanzania and holds a Bachelor's degree Biochemistry from Miami University. of Ohio. There she served as the African Students' Union student organization leader, promoting awareness of the diverse cultures within the Africa continent. She also worked with MedLife Miami helping impoverished families in Ecuador, Peru and Panama improve their health and health seeking behaviors. Rita was a Youth and Community Development Volunteer in Peace Corps Swaziland, where she worked with vulnerable communities implementing HIV/AIDS prevention interventions, teaching life-skills courses, health & wellness and promoting English literacy through a variety of activities such as establishing libraries and debate clubs. Together with her local counterparts she also established multiple girl empowerment clubs to help build resiliency and install confidence among the young girls in her community.

Rita currently works in the Office of Global Health and HIV, at Peace Corps Headquarters in Washington, DC, providing support to both the Health Sector Programming and Training Teams at HQ and in the field. In her role she also co-coordinates training for post staff on topic areas such HIV and PEPFAR, MNCH and Gender & Health.

Rita holds advanced certification in siSwati and is fluent in Swahili and Haya. She is very passionate about international development and youth empowerment, especially in the Africa region. She enjoys traveling, listening to music, and spending time with family and friends 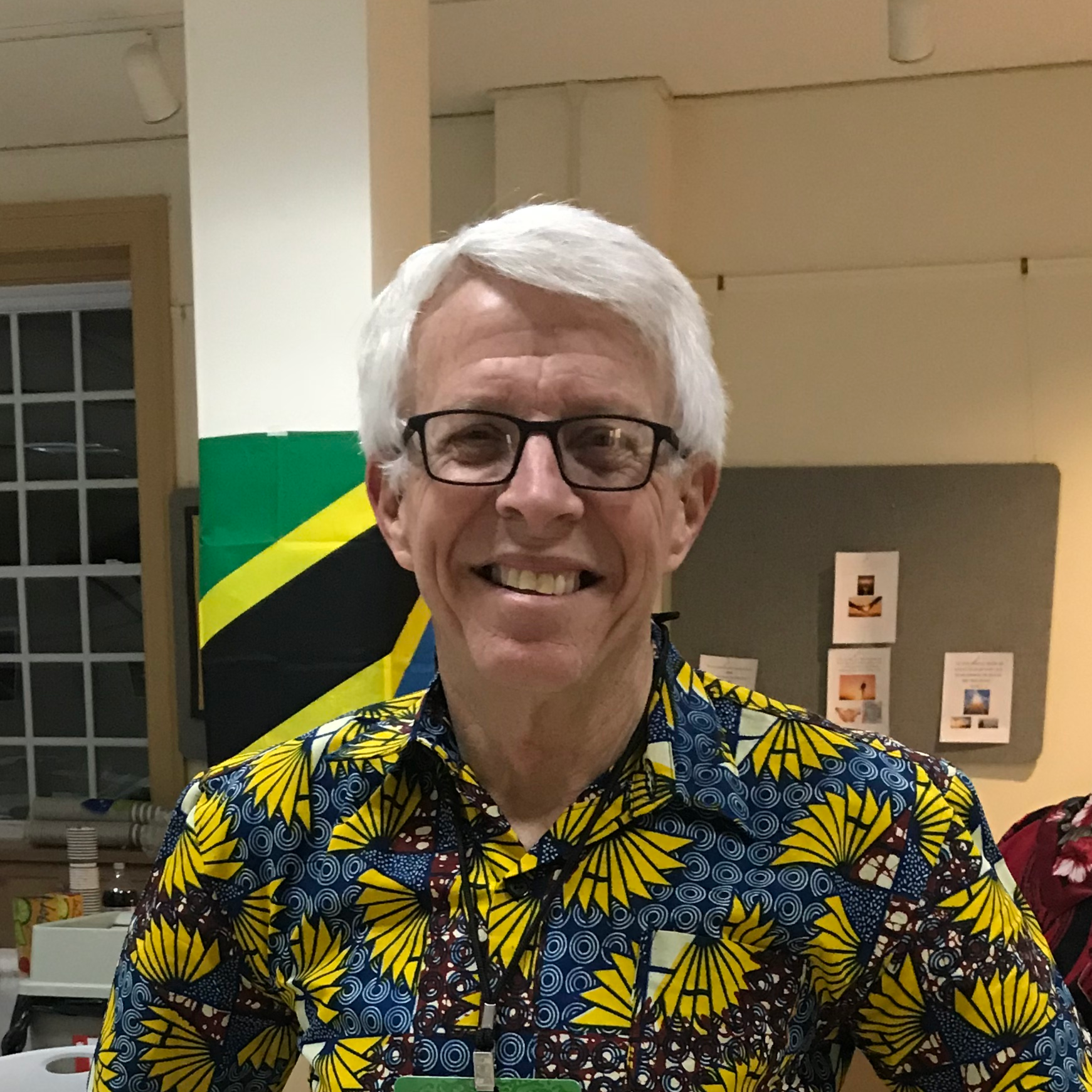 After 38 years as a lawyer and community volunteer, Bob fulfilled a life-long ambition as a PCV volunteer in the Southern Highlands of Tanzania.  Bob joined FOT upon his return in 2018, and served on the Projects Committee for two years.  Bob is currently serving as the Board Secretary, and overseeing FOT's Website.  In addition to his work as an attorney, Bob volunteers with several other non-profits, both in the States and in Tanzania.

Bob grew up in California, received a BA in Mathematics from Middlebury College in Vermont,  and his JD from the University of Michigan Law School and now lives in Madison, New Jersey. 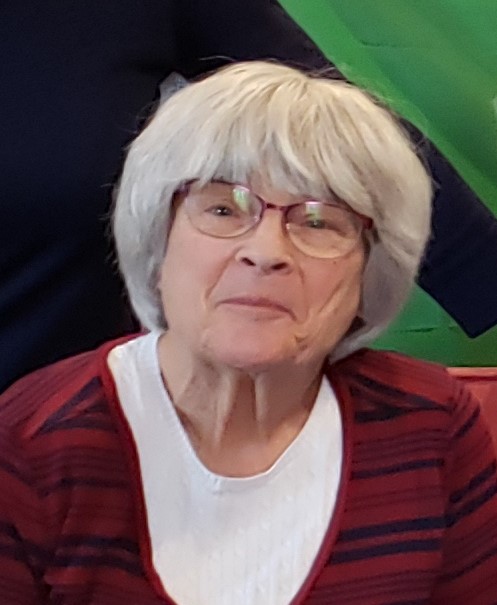 Candy has worked with Friends of Tanzania for 15 years holding Board of Directors positions of President and Treasurer for a number of those years. She is serving this year as Treasurer while awaiting a replacement. Her love of Tanzania stems from her Peace Corps years there as a T-3 (1963-65) teacher and then returning later (1967-69) to Dar es Salaam working for the Bureau of Resource Assessment and Land Use planning at the University of Dar es Salaam. She and her husband, Dennis, continued living in Uganda from 1971-73 and raised 3 children in East Africa. Several trips back over recent years have helped her stay current on Tanzania.

She graduated from the University of Iowa prior to Peace Corps and then from Stanford graduate school. While an Iowan at heart, she has lived most of her life in the Washington D.C. area, with a 10 year time period living in Geneva, Switzerland. While her husband was posted to the World Health Organization, Candy managed the office at the English-Speaking Catholic Church in Geneva. Upon returning to the USA in 2000, she returned to a position of Director of Administration at the Center of Concern, a non-profit international economic justice organization. Upon retirement in 2005, she continued her work with FOT and her family including 4 grandchildren. Additionally, she works with several other non-profits including causes in Palestine and refugees in Gaithersburg, Maryland, her home town now in retirement. 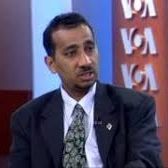 Shamis Abdulla is a Zanzabari who moved to the USA in 1998 in Washington DC area. He finished his studies at Montgomery college in graphic design, and lives and works in DC.   Shamis has been active in the Tanzanian community, and is one of the founders of Zanzibar Diaspora Association (ZADIA) which is an umbrella which unites all Zanzibari who are in the USA.  He has also worked with the Association of Tanzanian Community in DMV (DC, Maryland and Virginia), as well the Tanzanian Muslim Community in the Washington DC area.  Shamis looks forward to working to connect FOT with more of the Tanzanian community in the DC area and elsewhere. 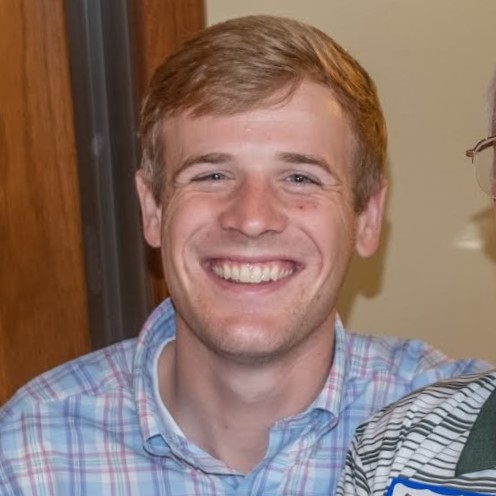 Clay Batko served as a Peace Corps Volunteer in Tanzania from 2016 – 2019 as a sustainable agriculture extension agent.  In addition to training local farmers in sustainable farming practices, Clay served as chair of the Peace Corps Tanzania Projects Committee, where he reviewed and edited 45 volunteer grants and designed, implemented, and evaluated a $250 USAID-funded grant.  His project review experience makes Clay a valuable member of FOT’s Projects Committee.  Clay currently works as a Program Analyst at US Environmental Protection Agency. 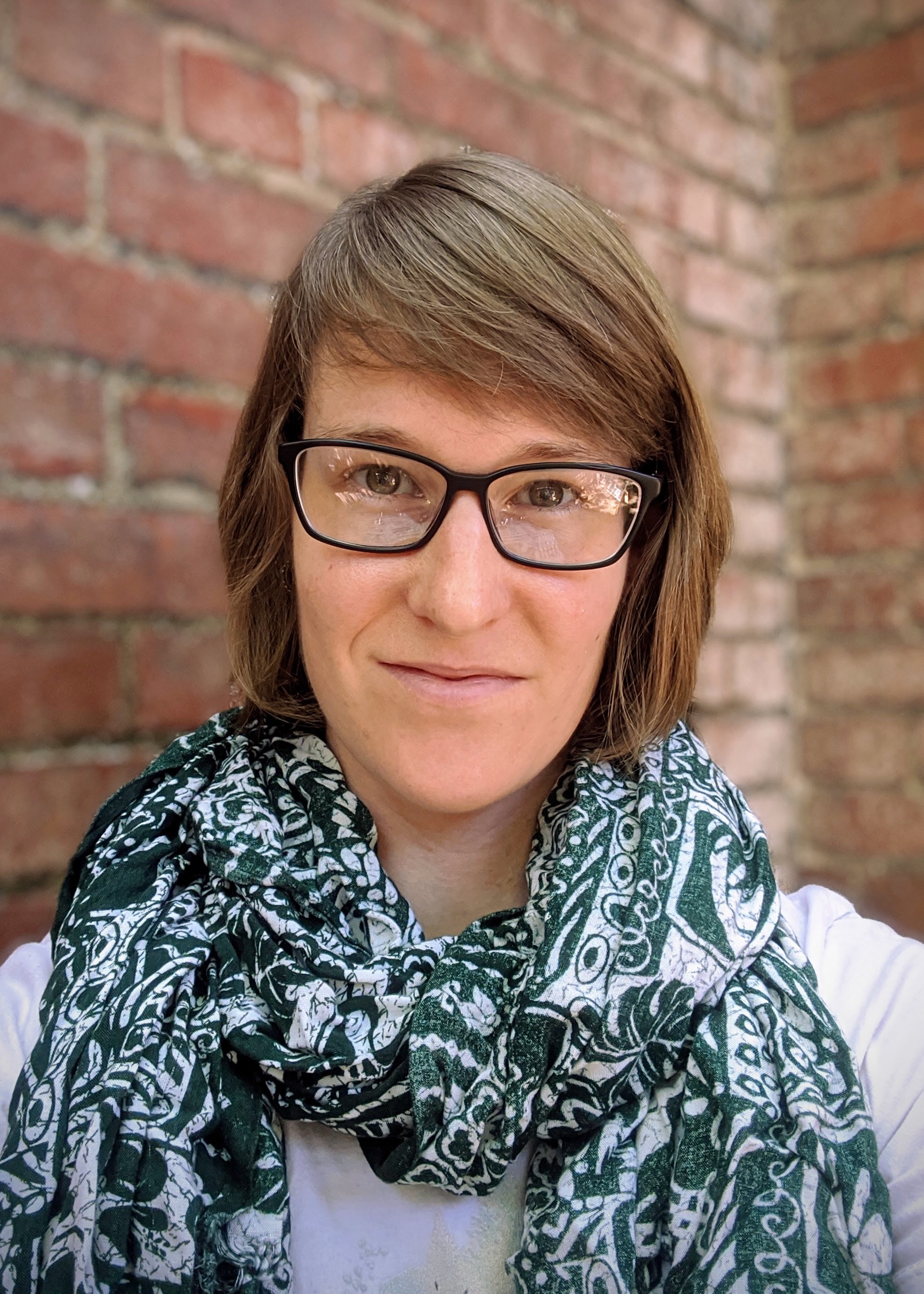 Chris Biles currently lives in Washington D.C. and works as a International Program Specialist for the Foreign Agricultural Service. She previously worked for various conservation and environmental education organizations in California and Alaska, and for the United States Peace Corps in Tanzania from 2015 to 2018 where she focused on sustainable agriculture and water management as a Agriculture Volunteer in Njombe and Peace Corps Volunteer Leader in Dar es Salaam. Chris graduated from St. Lawrence University with a BS in Conservation Biology where she studied at Stellenbosch University in South Africa, and extensively in the Adirondack State Park of New York. Chris is originally from Western NY, just outside of Rochester, and enjoys music, hiking, ultimate frisbee, and creative writing. 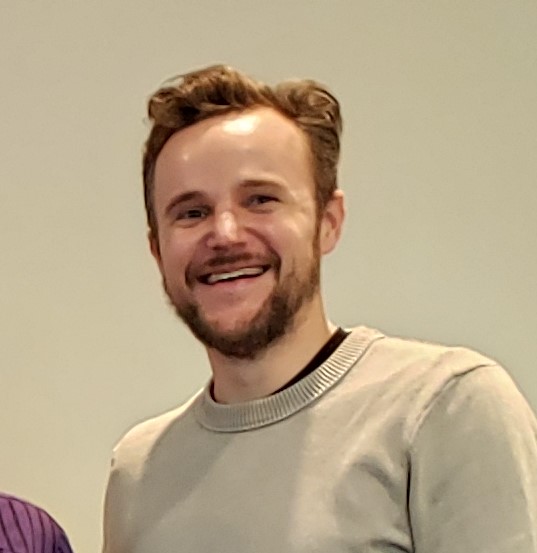 A Tanzania RPCV ('09-'11), Harry England holds a BA in philosophy and a JD from Louisiana State University. He served as a judicial extern for the 19th Judicial District Court in Baton Rouge and as an intern at U.S. Embassy in Bridgetown, Barbados. Proficient in Swahili and French, Harry serves as Contracts Administrator at the Washington, D.C.-based strategic advisory firm, Albright Stonebridge Group, where he drafts, negotiates, and reviews a range of commercial contracts and other legal documents. 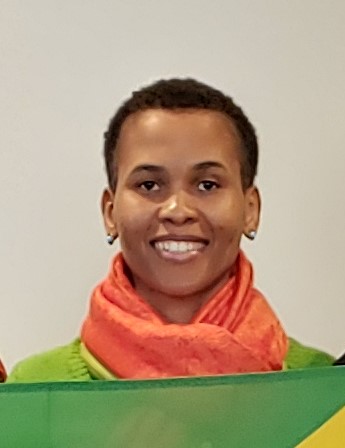 Oliva Kavishe holds a MA in Strategic Public Relations from George Washington University and a BA in International Relations with a minor in Political Science from Kent State University. She has traveled extensively across the globe, including Asia, East Africa and Europe, studying abroad in Italy, German and Switzerland where she interned for the International Organization for Migration.  Oliva spent the last quarter of her undergraduate in Washington, DC interacting with US policy makers and stakeholders. Analyzing the US political system and interrelationship of public issues and structures of government.

She currently resides and works in Arlington, VA. Her passion to serve has kept her in touch with her community DICOTA. FOT to Oliva is a home away from home. 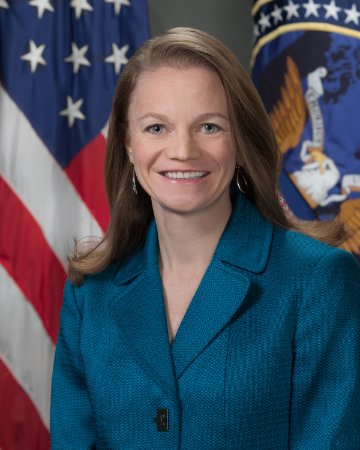 Board Member and Membership Coordinator
BIO

Jennifer Kron is a Senior National Intelligence Service officer in the Office of the Director of National Intelligence, currently serving in Canberra, Australia. She has worked for the U.S. Government for over 20 years in leadership roles spanning budget, policy, mission, and information technology and is a recipient of the Presidential Rank Award (Meritorious) and the National Intelligence Superior Service Medal. Ms. Kron graduated from Princeton University (bachelor's) and Harvard University (master's). When not Down Under, she resides in Washington DC with her husband. She has supported Friends of Tanzania in a variety of roles since 2008. 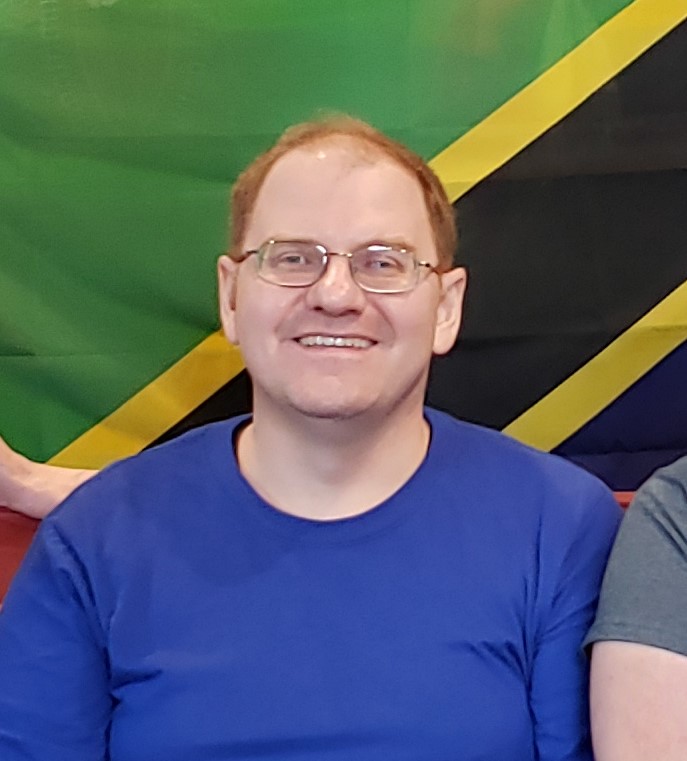 Board Member and Immediate Past President
BIO

Ross was introduced to Tanzania at the age of two when he lived in Dar es Salaam with his family. He served as a Peace Corps Volunteer and science teacher in Kenya 2005-2008 and returned to Tanzania in 2011 when he studied Swahili at the State University of Zanzibar. Ross works for the U.S. Foreign Service and is currently posted to Washington D.C. where he works with multilateral organizations. He previously served in Ciudad Juarez and Helsinki. Ross earned his BA at St. Mary's College of Maryland and his doctorate in Neuroscience from the University of Iowa. 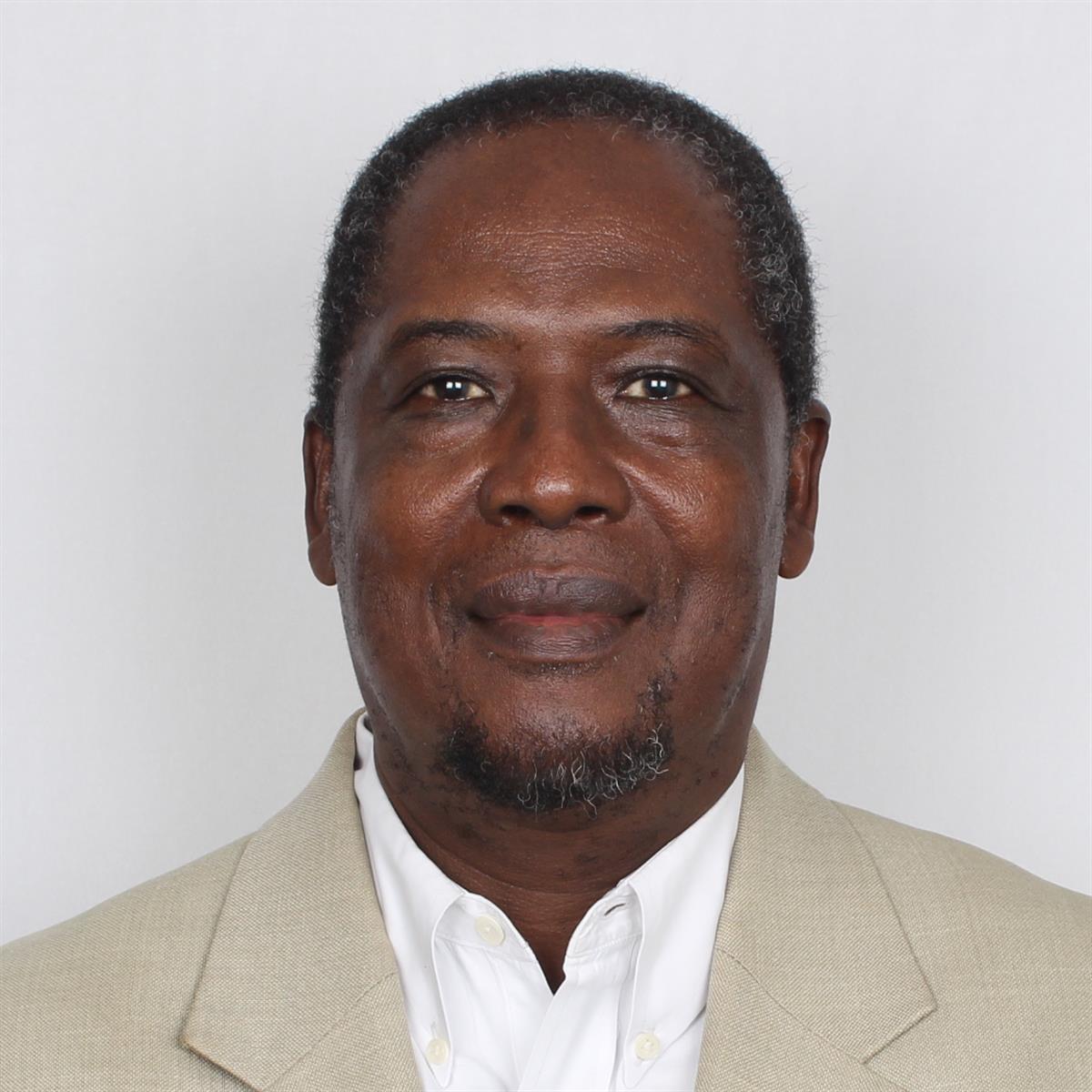 Professor Lawrence E. Y. Mbogoni is a Tanzania-born Professor of African History at William Paterson University of New Jersey. Previously he has taught at the University of Dar-es-Salaam, and at Luther College, Iowa. Professor Mbogoni is the author of a number of books, the latest entitled Miscegenation, Identity and Status in Colonial Africa (Routledge, 2019). He is currently working on a book project on the history of the Peace Corps in Tanzania. 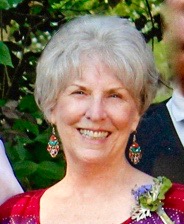 Board Member and Co-Newsletter Chair
BIO

A Minnesota native and the eldest of seven, Susan graduated from the College of St. Teresa (CST) in Winona Minnesota with a B.S. degree in nursing. Clinical affiliations for the degree were with the hospitals of the Mayo Clinic in nearby Rochester, Minnesota.

Susan was a member of the second Tanzanian Peace Corps group, Tanganyika II, serving from 1962-64. T II was an all female contingent of registered nurses and two medical technologists. Following a brief period at Syracuse University as Peace Corps training staff, she returned for a second tour.

Susan spent 30 years as nursing faculty at California State University, Sacramento. She served 3½ years as Executive Editor of The Journal of School Nursing, a refereed publication of the National Association of School Nurses (NASN).

Susan and her husband live on five acres in the Sierra foothills of Northern California. They have five grandchildren, all residing in Oregon. 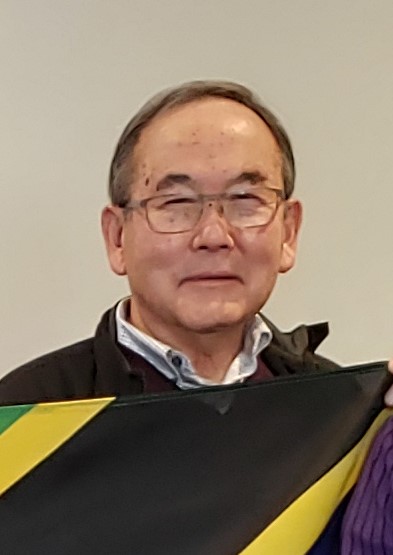 Board Member and Co-Newsletter chair
BIO

This is Allen's second 3-year term as a member of the Board. He was a member of the initial Peace Corps in 1961 that went to Tanganyika (now Tanzania). He was a field geologist assigned to the Geological Survey in Dodoma and supported the Survey's on-going program to map the geology of the country. During his two years, he mapped the sediments along the coast from Sadani to the Kenyan border, and the metamorphic rocks in the Korogwe and Dodoma areas.

Professionally, Allen spent over 25 years in the energy and mineral fields as an exploration geologist in field and administrative positions. Projects included the western United States, Alaska, Gulf of Mexico, North and Adriatic Seas, Iran, and the Philippines. He later joined an engineering consulting firm as an environmental consultant and supported the Department of Defense in their compliance with the National Environmental Policy Act. 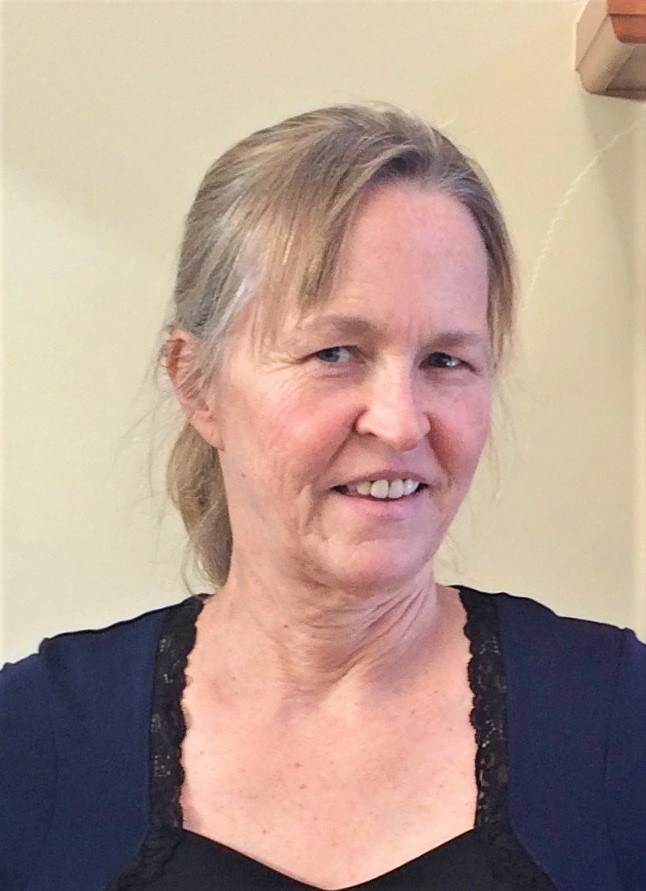 Laurie has a bachelor's of arts in International Relations from Pomona College in Claremont, California, and J. D. from the University of California at San Francisco, Hastings College of the law. Besides practicing law for a few years, she taught law at California State University at Long Beach and at Fullerton College. She also taught English in Thessaloniki, Greece.

Laurie has served with a number of non-profit, volunteer run organizations, and has volunteered many hours with her church, including assisting with her church's work with refugees. Most relevantly, Laurie volunteered for many years with AFS (foreign exchange students), hosting students, planning programs, and serving on the board in Colorado. In addition, she has volunteered with Lutheran Family Services (refugee services) in Denver, and has worked with refugees in Phoenix and Virginia.