Friends of Tanzania 30 For 30 Campaign to achieve a larger impact in rural Tanzania!

We exceeded expectations and met our goal of raising $30,000 in three months!

Thank you to all who contributed to the make this possible, and particularly to the generous donors who funded the dollar-for-dollar match.

To mark its 30th Anniversary, Friends of Tanzania has committed to significantly increase its impact in Tanzania over the next 2 years. To achieve this goal, in February FOT launched its 30 For 30 Campaign to raise $30,000 between February and late summer when FOT will be holding its 30th Anniversary celebration.  These funds will be used to significantly increase the number of projects and/or the dollar amount of grants awarded to deserving projects.  FOT’s expanded Projects Committee is reaching out to existing and potential new partners to identify more water, sanitation, health, education and women’s empowerment projects which FOT funding can make a reality.  We beat the late summer goal, but are still accepting donations to expand out impact!

Click the image to watch the short video that launched our successful campaign! 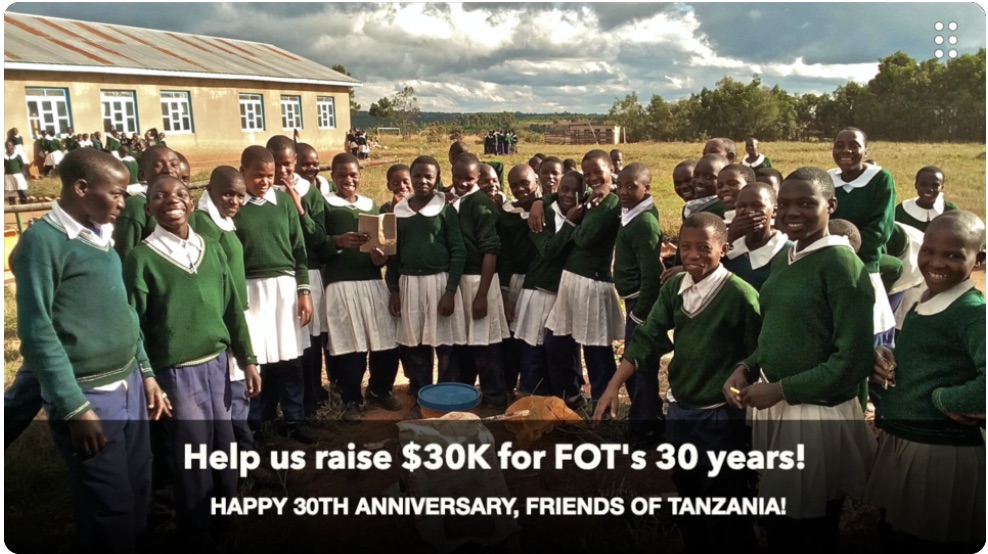 Your tax deductible donation will help FOT expand its impact!

For other online donations please click the button below.

You can also mail-in donations, join, or renew your FOT membership by using a printable form.

If you live abroad, contact us if you have any problems joining, renewing or making a donation. 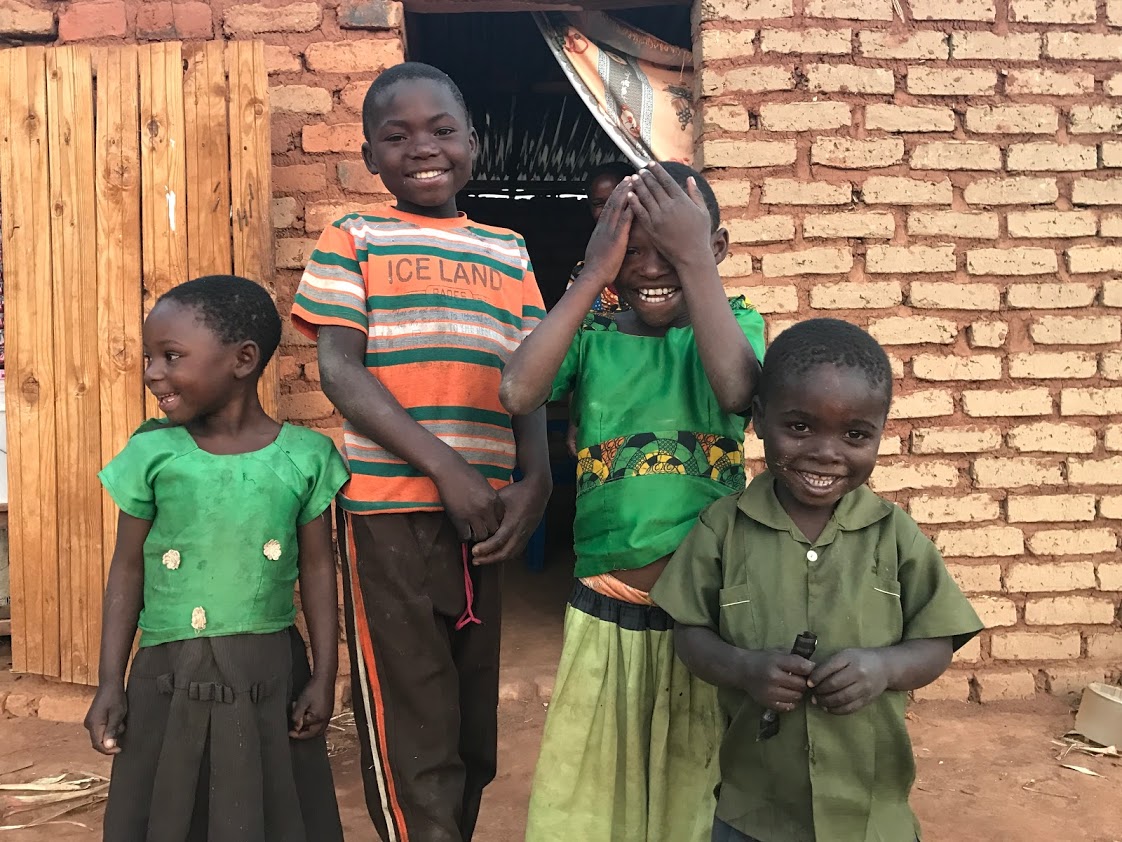